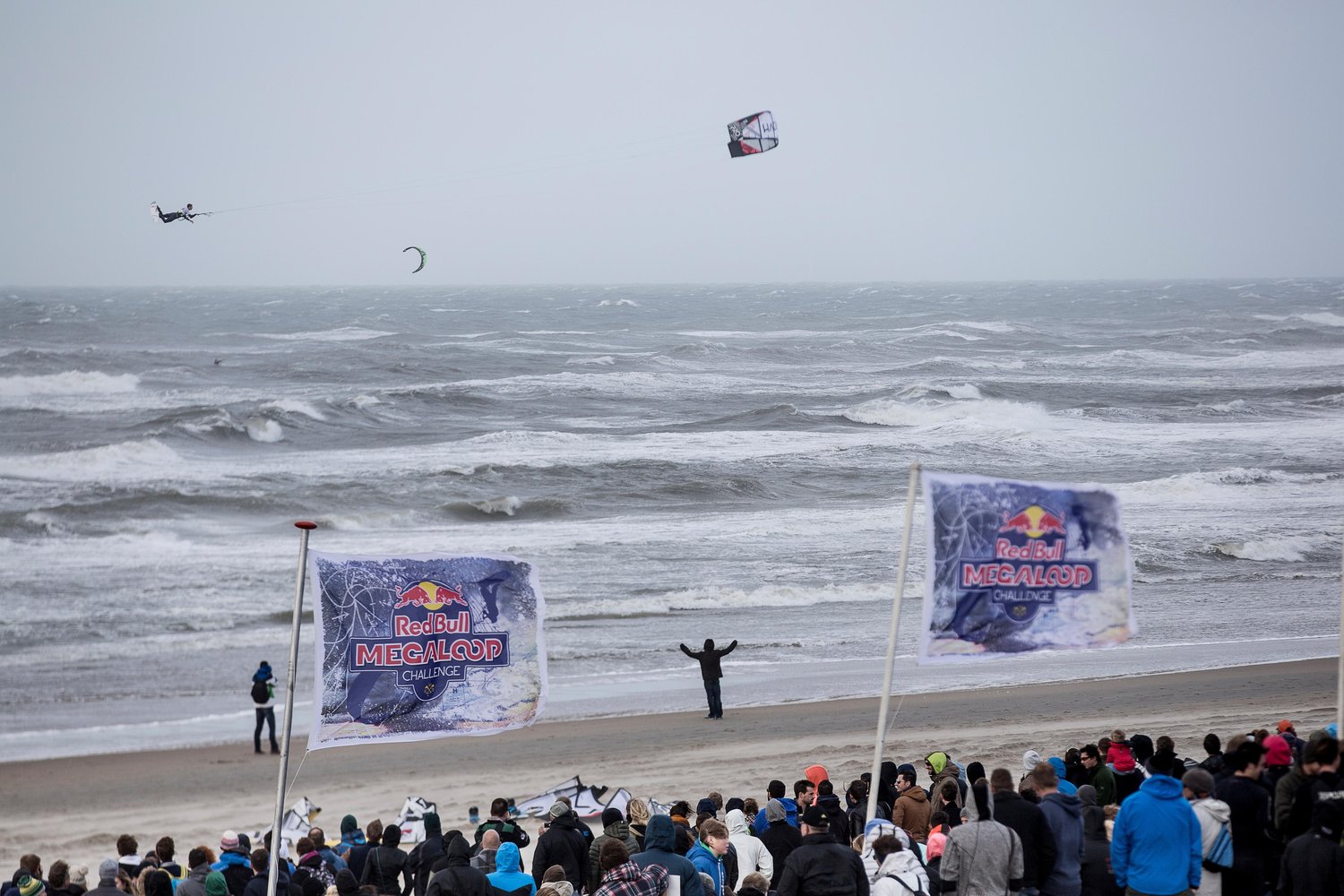 THE REDBULL MEGALOOP CHALLENGE IN ZANDEVOORT

While the rest of The Netherlands decided to stay indoors, 16 of the most extreme kitesurfers battled it out in the cold and rough Dutch waters.

2018’s event was unfortunately cancelled because lack of Mother Nature’s raw power. There was not enough wind for the riders to send some of the biggest megaloops in the world.

So the waiting continued. Until now. There absolutely no shortage of wind at 2019’s competition. Winds starting in the high 30 knots to exceeding 50 knots during the competitive rounds.

‘’It was some serious action at this years Red Bull Megaloop Challenge, where 16 kitesurfers were pushed to show their biggest megaloops.’’

This epic tournament was created by Ruben Lenten a few years back, with the crowds now reaching 10.000 people. When the tournament first began it was named LEN10 Megaloop Challenge.

This has become one of the most extreme sporting events worldwide. The average height being 15m-20m on megaloops and they travel about 50m-60m downwind.

The world record for the highest jump is 31m and it was on a Core Kiteboarding kite (link) but this big air didn’t include a megaloop.

How do they score points at Red Bull Megaloop Challenge?

The athletes are judged on many different aspects. The jury which consists of former riders and professionals, that look out for the riders jump height, style and distance of the megaloops.

The judges will give you points for each trick you perform, the rider with the biggest scoring megaloop wins the round. So basically you can win the heat with one epic trick.

“It’s been insane. I had so much fun being here. It made my journey worth it. I am so happy right now. I can’t believe it,” said Ross-Dillon Player in tears.

This years event had so many rounds ending in the dying seconds and it left everyone at the edges of their seats. There is a thin line between being a hero or a youtube megaloop fail video.

Ross Dillon-Player took the crown and is the Megaloop Champion.

The final round was between Europe and South Africa. Ross-Dillon Player, , Oswald Smith from South Africa and Lasse Walker, Liam Whaley from Holland and Spain.

South Africa won the battle with Europe, they only claimed a 3rd place. Ross Dillion-Player is the 2019 Red Bull Megaloop Winner. Player rides for Core Kiteboarding.

WHAT IS A MEGALOOP / HOW TO DO MEGALOOP

A ‘proper’ megaloop is when you jump as high as possible, just before hitting your peak, you send a kiteloop. This trick is mainly done in high winds and with a smaller kite. You really need to be confident with your kiteloops before executing this maneuver. Commitment is key!

Here is a  list of huge names competiting in this years event:

Show us some of your own MEGALOOPS.